If you are a person who wakes up quickly and jumps out of bed raring to go, this is not a technique for you.
But if you are like me and wake up slowly and often have your best ideas before you’re fully awake, you’re going to love this technique.

I’m not a morning person. I don’t wake up quickly or easily. I like to wake up at my own pace, roll over and doze for a while. I often go over ideas and thoughts for the day in my semi-conscious state.

For years I have kept a notepad and pen next to the bed so that I could jot down ideas ss they occur to me. Sometimes I even write them down without opening my eyes because the ideas flow so easily.

This morning was just that kind of morning. I had no appointments. It was quiet. And I was content to doze with dozens of ideas flowing. But this morning was different. I didn’t reach for my notepad. I reached for my iPhone!

Recently I discovered that my iPhone has a tiny microphone next to the spacebar in most applications. I hadn’t paid much attention to it until I was talking to a friend who works at the Apple store, asking him for a solution for friend with palsy. He pointed out the microphone and told me that she could dictate her emails and text messages with the built-in mic. Likewise she could dictate notes in the notes application.

As I picked up my iPhone I went to Notes and hit the microphone button. Before I knew it I was dictating notes for an upcoming presentation. I could record phraseology and miscellaneous thoughts. I could get everything down with about 95% accuracy. And I didn’t even have to open my eyes!

Shortly thereafter I found ideas about an upcoming book winging across my mind. I again grabbed my iPhone hit the dictation button and began talking.

And just a few minutes after doing that I realized there was an article idea here. As I’m talking to you I’m actually dictating this entire article on my iPhone using the built-in microphone in the Notes application.

Of course there are other applications that you could use such as Dragon Naturally Speaking or other transcription-type software. Bbut what impressed me was that this was already there. It was a tool that has been sitting on my phone for years without my even noticing it. Now that I know it works so well I’m much more likely to invest in fancier dictation software. After all, this particular application only holds about 30 seconds of dictation before it needs to pause and actually type it out.

On the other hand that gives me an opportunity to catch my thoughts for a moment and then go forward. Overall in less than 30 minutes of waking up without even having to open my eyes, I’ve already written over 1500 words today.
If you hesitate in creating content or if you love creating content, this is a technique that may work for you. No longer do those of us who wake up slowly have to put off productivity until later in the day. What will you dictate today? 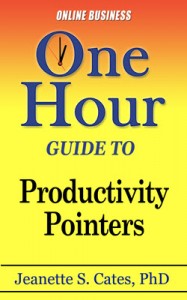 For more productivity ideas and tips pick up a copy of my One Hour Guide to Productivity Pointers, available at Amazon 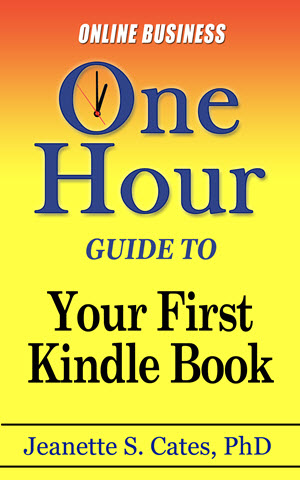 Buy It On Amazon

How Can I Help? 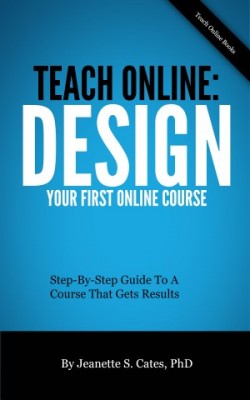